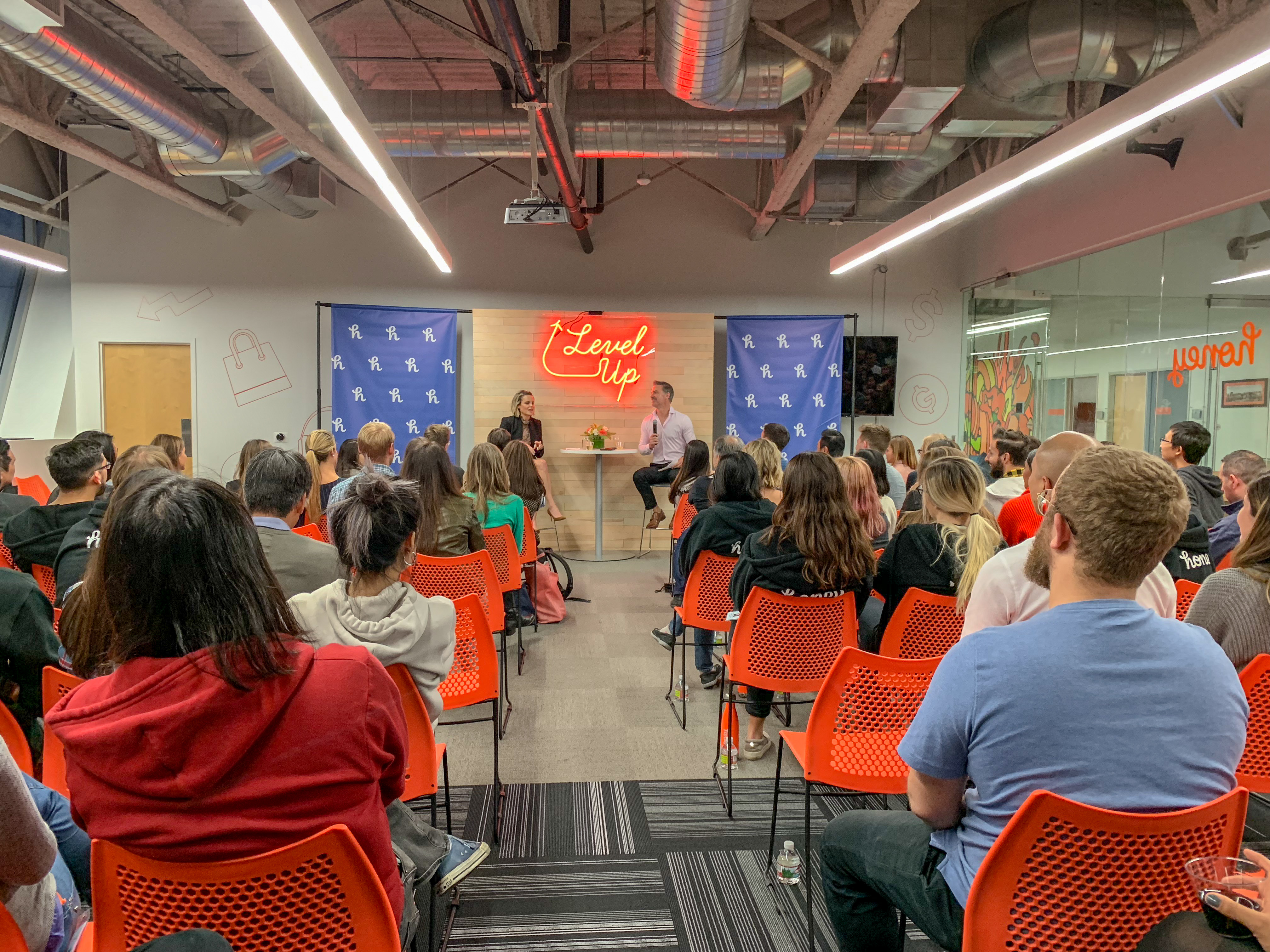 Up until Honey hit about 135 employees, I was involved in every hiring decision. As the COO, I would be the last interview for every potential hire who walked through the door.

Now, I know what you’re probably thinking: as COO, is it smart to spend so much time interviewing potential hires? My answer, plain and simple, is yes. In fact, I believe every company should make sure that someone from their leadership team plays a direct role in hiring. Because at the end of the day, it can greatly increase your company’s chance at long-term success.

What this means, ultimately, is that new hires need to have more than role-specific qualifications.

When you bring on someone new, you need, among other things, assurance that the hire is a core values fit. You need to feel confident that they identify with and embody your principles. And they themselves should have a dynamic skill set. As you work to scale, a ton of unexpected things will happen. Your team must be able to produce in a variety of roles, just like they need to fit into your bigger picture.

That means a sort of multi-varied judgment is required. Leadership, as it happens, is uniquely qualified to make it.

Other members on your team can determine, earlier in the process, whether a candidate has the technical chops. Think of this as the “what” of the role. Leadership, on the other hand, has to make the higher level judgments: the “how.”

Having leadership involved in hiring sets new hires up for success.

Equally important to your company’s ultimate survival is ensuring the people on your team are happy and inspired. Really, it’s a necessity.

This is something you can screen for in the interview process. And, again, you as leadership are actually uniquely qualified to do so. To make this kind of determination, you need to have an intimate familiarity with your company’s core values. That’s what you’ll screen for––whether a potential employee seems to have personality traits or beliefs that align with your identity as a company.

It can make a big difference. For example, we once interviewed an engineer who, on paper, was a great fit. At the whiteboard, too, as he tested out well against our algorithms, he seemed perfectly qualified. But when I connected with him in my final interview, I learned that he can only work in complete silence and in his own office.

That was a problem.

At Honey, we take pride in cultivating an open and collaborative work environment––a culture in which no one is ever shut off intellectually or tangibly from anyone else. We all work together. So when I found out he had a more isolated working style, we had an honest conversation about whether or not he’d be happy here. We both ultimately agreed he probably wouldn’t.

Reaching that conclusion before bringing that engineer on likely saved our company lots of time (and the engineer lots of frustration).

But this practice has procedural benefits, too. Most importantly, it shows both current and potential hires that leadership is meaningfully invested in its employees and cares about them, which can itself be inspiring––that’s the kind of leadership team I’d want to work with if I was an engineer.

Plus, your involvement in the interview process positions you to provide answers that candidates wouldn’t normally get from someone like an HR manager. You can help the employee foster a more thorough, holistic understanding of how things work at your company––definitely more thorough than would be possible if they’d only spoken with a marketing director who didn’t have insight into legal, product, or engineering decisions.

This, generally, gets people more excited, but it also sets them up for success. I’ve found that people operate more freely and more efficiently when they understand, genuinely, how things work.

It positions you to better teach other team members what to look for when they eventually take over this responsibility.

Important to mention, here, I think, is that there *will* come a point when you (or whoever else on your leadership team is playing this role) are unable to personally involve yourself in every hire. It’s just not scalable. (Generally, this is something you’ll need to do once hiring, interviewing, and deliberating personnel decisions take up about 50% of your day.)

Whenever that point comes for you, having played such an important role in the hiring process will have set you up to teach other folks on your team how to do this themselves. You’ll more seamlessly be able to explain what kind of questions you should ask during your final interview, what you should focus on, what you should screen for, and why. As a result, you’ll more quickly be able to trust whomever you pass this baton onto.

That’s critical, because what you’re seeking to validate in these interviews is whether the person on the other side of the table represents what you value as a company and whether you’ll be able to rely on them. It’s more, really, than assessing whether the candidate is a cultural fit. There are a variety of subtle things you need to be looking out for.

Involving yourself or your leadership team in your early hiring decisions shows that your company cares deeply about its people. And this, ultimately, is a big reason why your involvement is so critical. Your company will persist through adversity on the backs of your early hires. It only makes sense that you would invest and prioritize the processes that determine who you bring onto your team, and how.

The best way to do that, at the end of the day, is to help shape and determine hiring decisions yourself.

Honey is currently hiring! If this article resonates with you, we're certainly looking to talk. Go to joinhoney.com/careers to learn more.