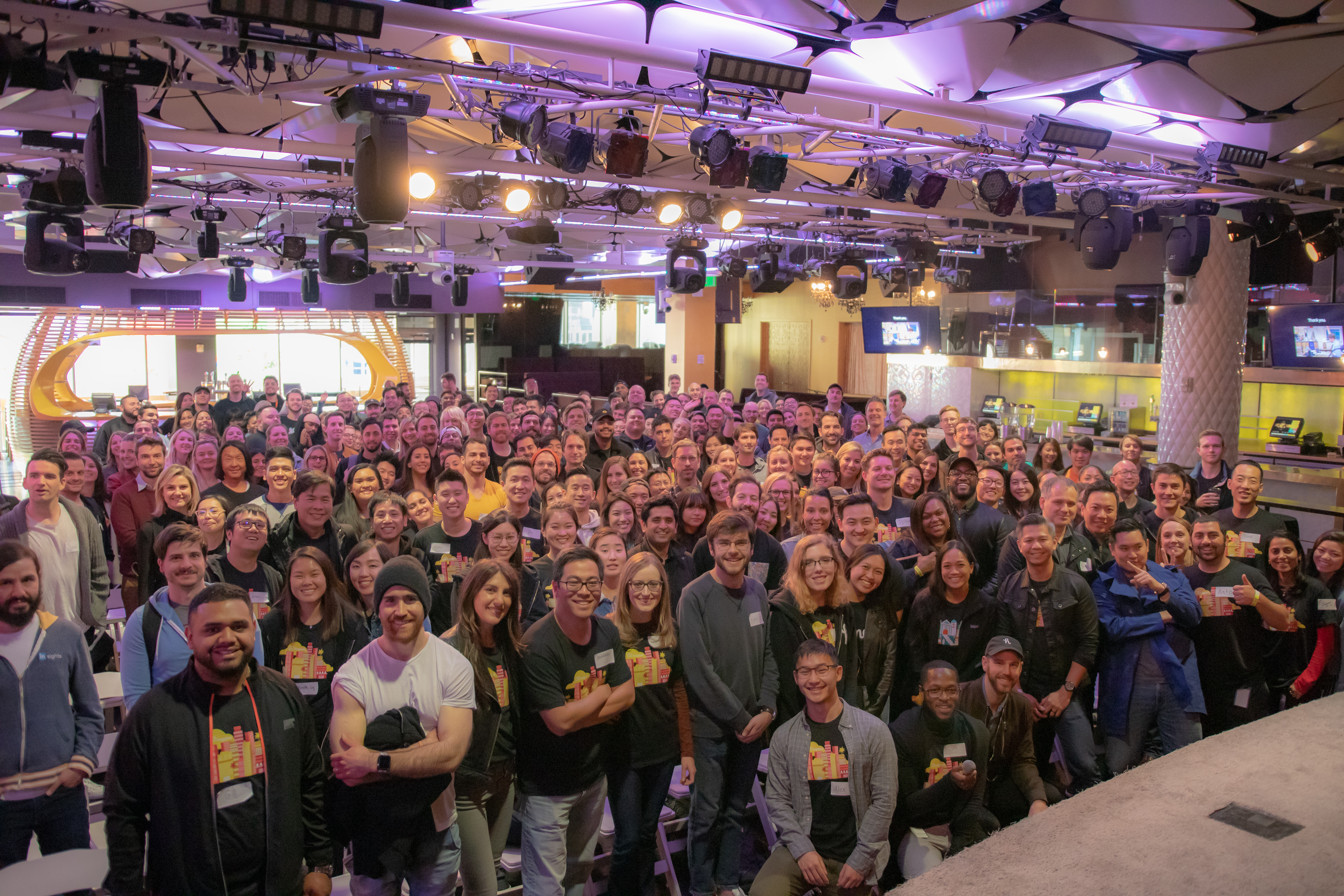 I joined Honey as COO two and a half years ago. At the time, we were a company of 20 people. Yet even then, we were looking ahead to our future 200th hire as an important milestone.

There were a few reasons for this, but the biggest came down to culture.

Culture is a difficult thing to scale. It’s easy when you’re a team of 20 to manually ensure your culture is strong––to make sure that every employee on staff believes in and embodies your company’s core values. But it becomes more challenging the bigger you get. The cultural infrastructure you put in place must be reliable and effective. Being able to sustain our company ethos across 200 people, we thought, would be evidence that our systems were in fact sound.

After all, that’s what allows companies to support teams not just of 200 people, but of several thousand.

This, of course, is true of all startups: to build a culture that scales, you need to build systems and processes which guarantee every employee who walks through your door understands and believes in the principles that define you as a company.

The key is educating employees around not only what the core tenants of your culture are, but why they’re so critical to your future success.

In other words, scaling a culture begins with educating all employees around why your core values exist.

At times that can be a complicated task. As Reid Hoffman once said, early on in the startup journey your team feels like a family. Then as you grow beyond 20, you feel like a tribe, and as you keep scaling, you feel like a village, then a city, and so on, with each stage bearing unique challenges.

At Honey, when we were still a smaller company, we used to walk as a team to the Philz Coffee down the street. It was a small but meaningful way to build relationships with each other. But as we grew, that just wasn’t an option anymore––we’d have waited for hours to everyone to get their drink.

The challenge we needed to solve for epitomized the high-level problems of scaling culture: how do you ensure your people still feel like they’re part of a close-knit team when the team itself is so big you don’t know everyone’s name anymore––let alone feel comfortable walking with them for cold brew?

The solution, regardless of what kind of company you’re building, relates directly back to this idea of educating employees around the meaning of your core values.

And not only around what they mean, but how they bind you as a unit.

Ultimately, everyone in your company needs to know—and feel tangibly—that they have a stake in its success. And only when your internal processes, incentives, and priorities align with that objective can your culture scale.

Here’s how we built a system to accomplish that.

At Honey, our company mission has always been relatively clear-cut: to level the economic playing field by empowering customers and retailers alike with the ability to make financial decisions more efficiently. The spirit of that mission informs every decision we make, and we knew from the beginning that it needed to inform the way our employees approached their work, too. To ensure that was the case, we started holding weekly standup meetings in which we demonstrated the success and impact of the products we were building. When our product helped Margaret from Ohio save money, which she then invested on her kids, we celebrated that. We also celebrated the little wins employees made along the way to allow that to happen. Why? Because it ultimately reinforces in human terms why we’re all, as a group, working so hard to build this company.

2. Give your employees more than the expected perks.

Look, things like free lunch come a dime a dozen. It’s more impactful to invest in empowering your people with something they can’t get anywhere else: the opportunity to grow. This is something we have been doing culturally since day one. We put systems in place specifically designed to push our employees to become better versions of themselves, mostly by “leveling up” in their focus areas or departments. Whether that means adopting a leadership role they’ve never held before, or assuming ownership over a process they’re not super comfortable with yet, we invest in growth because we believe the benefits have exponential value. Creating a culture in which employees know they can always do more and do better, is how we believe you get, and ultimately keep, the very best people.

As you scale, one of the chief challenges you’ll face is communicating effectively. What you don’t want are for key messages––including those in which you’re sharing cultural wins or celebrations––to get lost in translation. You also don’t want anyone working on new projects with outdated information, which is why you shouldn’t be afraid to repeat things you need people to hear. Here’s the key: reiterate important messages as often as you need to. That’s what we did early on. And if nothing else, it further reinforced the message we wanted to make, and it ensured folks who were out the previous week or who were just hired internalized the information. That’s what matters.

4. Take the time to properly onboard new employees.

Onboarding, of course, is crucial, and it’s something I think we do very well. We make an effort to give each new employee all the tools––intangible and otherwise––they’ll need to succeed at the company. By the end of their first week, our employees understand what we’re trying to accomplish and why. They have personal goals set for them to work on right away. Engineers hired on a Monday are even tasked to demo code at their team meetings the following Friday. That, in my mind, is how you get employees up and running. And at scale, it amounts to giving your company a sound structural foundation atop which future success can be built.

This one is tough. At Honey, we had people who, when we were a company of 20, proved amazing fits. But when we grew, some of those people didn’t grow with us. Or, in some cases, they didn’t seem to want to. And in those instances, unfortunately, you often just have to part ways. It’s a matter of putting the company first, but it’s also better for the employee as well as their former co-workers. “Saving” them by keeping them on, meanwhile, doesn’t do any good for either side. For you, in fact, it’s paramount––it’s keeping your rocketship free of holes. We believe in this full-heartedly; it’s why we work so hard to stay in tune with the desires and needs of our employees to ensure they always align with our core values.

Another way of thinking about it: scaling your culture comes down to staying true to the ambitions and goals which inspired you to start building your company in the first place.

In other words, it comes down to staying true to your core values.

When times are tough, they’ll double as a moral compass. They’ll inform what you screen for in the hiring process, and they’ll determine how you continue educating employees once they’re on board.

They’ll help you stay loyal, too, to this eminent goal of building systems which ensure everyone on your team maintains unbroken confidence and belief in your company’s larger mission––no matter how big you get.